Overview of the primary components of the Loup Drill Monitor for various John Deere Drills and Air Seeders.

The Loup II Drill Monitor is the ideal system for monitoring population or blockage on John Deere Drills. Some of the most common drills being monitored are the Deere 750, 1560, 1590 and 455 models. In addition to any gravity fed grain drill, the Loup II is capable of being installed on any John Deere Air Seeder as well, for example monitoring population and blockage on John Deere air seeders such as the 1850, 1890, 1990, CCS drills and many others. 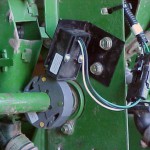 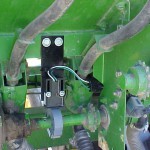 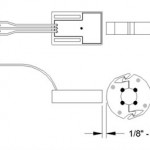 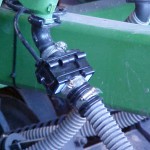 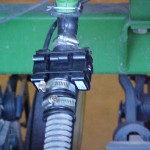 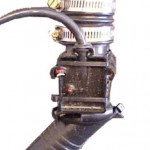 For population sensors being installed on John Deere Air Seeders the sensor is installed off one of the secondary runs from the tower/manifold and for CCS drills after the split. As with gravity drills, the sensors are secured using the supplied hose clamps and wires routed towards the main drill harness. Blockage sensors can be installed to monitor product flow. These sensors are installed by drilling a hole into the seed tube and strapping the sensor to the outside of the seed tube. Blockage sensors are then routed into a central blockage module which then connects into the main drill harness. 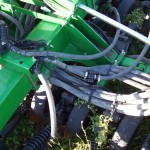 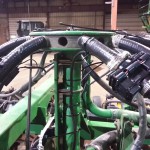 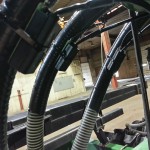 More sensors may be used for any one drill, for example if the need exists to put a population sensor on every row you can configure a system that way. Additional sensors are also available such as Shaft sensors or Bin Level sensors.

Contact Loup Electronics Today if you have further questions about this system or to receive a quote.